How we made it to the Third Sector Awards with our charity annual report design. 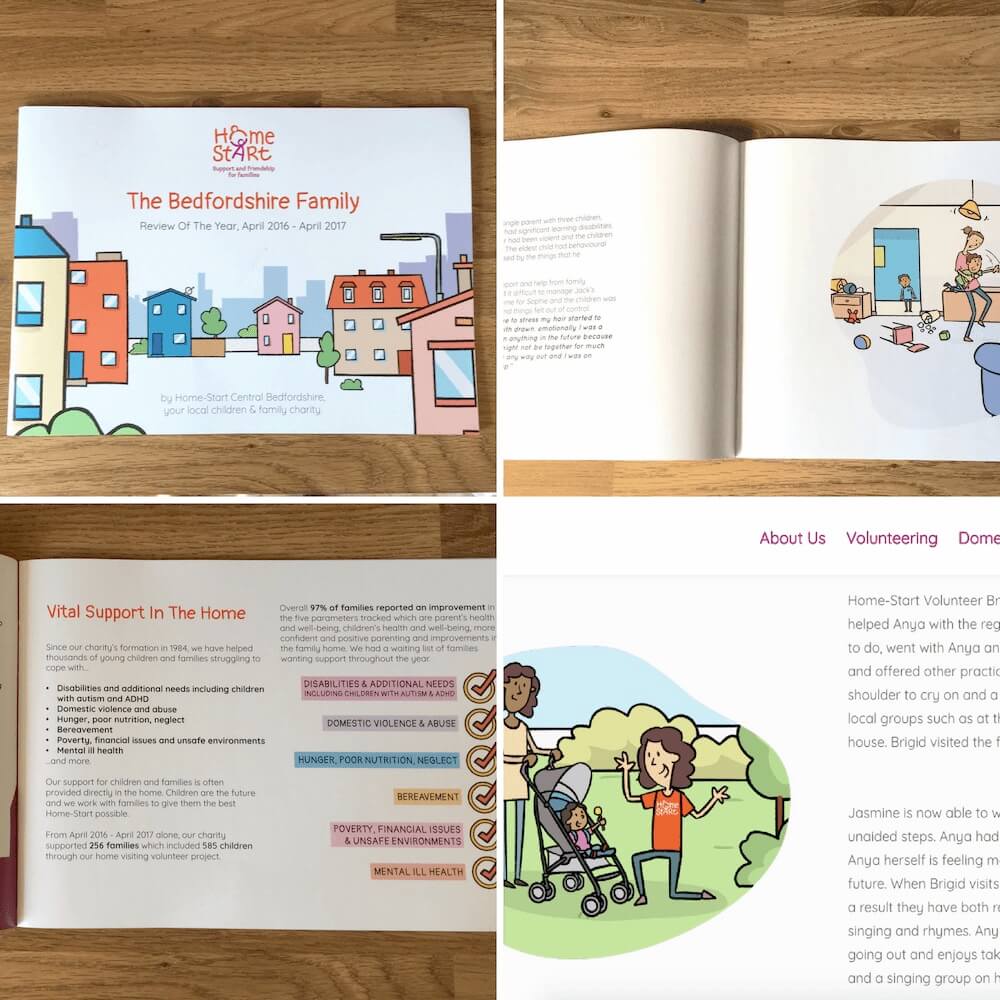 Home-Start Central Bedfordshire is one of more than 200 Home-Start schemes around the UK. The charity scheme, established in 1984 serves the Central Bedfordshire and Luton area. Many people are surprised by the range of support the charity provides to the local community. In recent years I have been providing marketing consultancy and strategy to rectify this issue. We saw the annual report as an opportunity to engage with not just stakeholders but also the local public.

The challenge was primarily to appeal and reach to the general public. We also needed to communicate the range of issues the charity helps. As the client is a child and family charity, their brand and mission needed to be at the forefront of the annual report design.

Having been producing annual reports for their charity for more than 30 years, the staff informed me that the general public does not engage with the traditional format. Past annual reports had appealed almost solely to stakeholders; ideally, we wanted the public also to read the report content and back Home-Start’s cause. As such, the key aims of the report were to engage and inform the local public and stakeholders about the charity’s aims and achievements for the period.

As a voluntary organisation, the charity provides multiple forms of support for a variety of issues. My key challenge was to communicate the multiple aspects of their operations in a format that would grab the attention and appeal to a member of the local public while still being relevant to stakeholders.

I also needed to deliver the report as a printed document to be handed out at our yearly open day for local funders, the public, service users and other local service providers. After consulting with the client, we budgeted a total of £2500 for printing and advertising. This is a small budget compared to other charitable organisations. Because of this, I knew that we would need to be strategic with spending.

The charity annual report design as a concept is a storybook. Each chapter highlighted a part of the charity’s mission, containing a real-life story from a service user. Following each story are statistics, highlighting the need behind their mission and achievements from the year.

The annual report was in keeping with the brand as a family and children’s charity. The content was written in house (stories provided by service users). I worked closely with an illustrator to produce the graphics.

In order to reach the general public, we took chapters from the annual report and placed them on the website. I then ran adverts on Facebook and Twitter locally using the story from each chapter as the main focus.

Visitors to the annual report stories/statistics on the website was a primary measure for success; we had a total of 3463 sessions for these specific web pages. This was much greater than the approximately 100 stakeholders who receive a copy yearly. Although it was not a goal we had originally defined, the client was pleased to receive 69 volunteering enquiries as a result of contact form submissions from these sessions. A clear sign that the local public supported their mission.

The charity annual report design made it as a finalist at the Third Sector Awards. We further used the announcement to gain more attention for the cause on their social media channels.

“As always, Paul’s creativity and expertise helped boost our profile across the county. Our charity’s annual report is something we produce every year. Paul took the annual report and made it into a very effective marketing campaign. We were both shocked and over the moon to have been shortlisted for a Third Sector award!” – Home-Start Central Bedfordshire 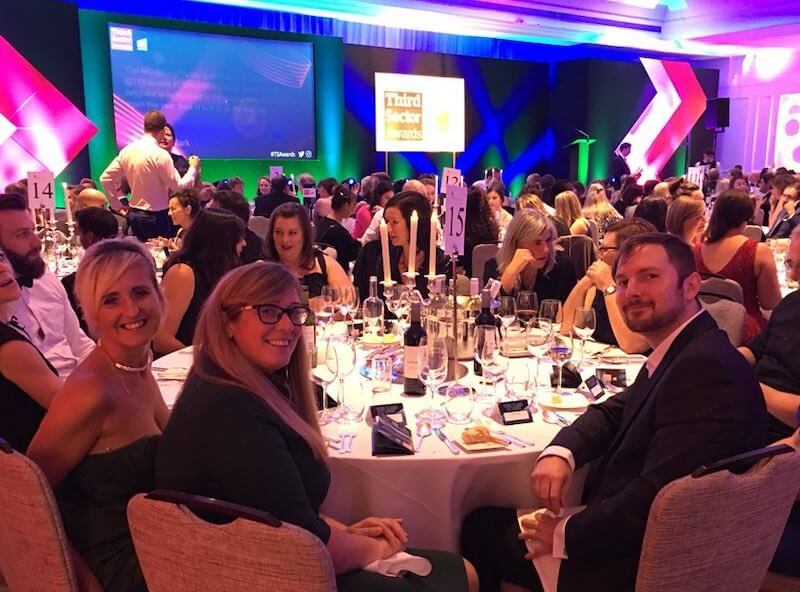 At the Third Sector Awards in London.

As you can imagine, the client was thrilled with the results. Charity annual report design is an excellent means to promote your cause. If you would like to make the most of your non-profit’s annual report, please get in touch for a no-obligation chat.